Fortunately, we’re here to tell you a game-changing secret: Worcestershire makes a great fish sauce substitute in most soups, sauces, and your favorite recipes. And most likely, you have it in your fridge right now.

Because Worcestershire and fish sauce are made from fermented anchovies, they have similar flavors.

Worcestershire is on the sweeter side; its other flavors, such as anchovies, tamarind, vinegar, cloves, and onion, make it a quick alternative to fish sauce.

Swap Worcestershire for fish sauce at a 1-to-1 ratio.

Combine soy sauce with a finely-minced anchovy fillet, and you are good to go. Mix the soy sauce and anchovies at a 1:1 ratio.

Mince one anchovy fillet per tablespoon of fish sauce and then adjust according to taste. Anchovies added to a recipe will add the savory saltiness you’re looking for. However, anchovies can be a little overpowering for some people, so use them sparingly.

Fish sauce is that exceptional, secret ingredient that completes any dish superbly. But how can a vegetarian (or vegan) get in on this amazing ingredient when cooking their favorite Thai or Vietnamese food? Can they have some of that delicious savoriness, too?

Fish sauce is famous for its umami, or depth of flavor and savoriness. However, most umami-rich foods are animal-based, such as bacon or fish.

Vegan fish sauce is so close to the real thing. The ingredients for most vegan fish sauces include seaweed, garlic, peppercorns, mushroom soy sauce (or Shiitake mushroom broth), and miso.

The seaweed and miso will bring an umami flavor that fish sauce adds to dishes, while the garlic and peppercorns bring savory flavors.

Coconut Aminos, made by Coconut Secret, is a soy-free alternative to soy sauce and a great substitute for fish sauce. The ingredients include Certified Organic Coconut Sap-naturally aged and blended with Sun-Dried Mineral-Rich Sea Salt.

The saltiness of soy sauce and the rich umami flavor in seaweed is an easy vegan substitute for fish sauce.

Combining soy sauce and vinegar is a close alternative to fish sauce. Mix 1/2 soy sauce and 1/2 vinegar can be rice vinegar or any other vinegar except balsamic.

Tamarind paste is made from a sour, dark, sticky fruit that grows in a pod on a tamarind tree. While some cuisines use tamarind paste to make desserts and even candy, it is primarily used in savory dishes in Thai cooking.

Classic pad Thai sauce is made with tamarind, as are some Thai curries and seafood dishes. Indian curries also call for tamarind. It is also common in Indian and Mexican cuisines and Vietnamese, Latin, and Caribbean cooking. It is also a key ingredient in Worcestershire sauce, contributing to the distinctive tang.

What is fish sauce?

Fish sauce offers a whirlwind of flavors to any dish. Its salty, fishy, slightly sweet, and funky flavors make it a superstar of ingredients in many Southeast Asian recipes.

How is fish sauce made?

Fish sauce is made by fermenting fish, most commonly anchovies. Small fish like anchovies are covered in salt and fermented anywhere from a few months to a few years. The bacteria break down the fish during this time, resulting in a briny, fishy, savory liquid.

Fish sauce has a distinct, pungent fishiness flavor flanked by a salty, briny, caramel sweetness. It’s an ingredient that gives a pop when added to marinades, salad dressings, and stir-fries, and it’s just as valuable for non-Asian recipes too.

Get creative with this list of substitutes and mix in sauteed mushrooms, roasted tomatoes, garlic, or a splash of lime juice with soy sauce to create the flavor you seek.

I hope this list of ideas will make it easy for you to make a suitable substitute when you run out of fish sauce. Miso Paste Substitute (you already have in your kitchen) 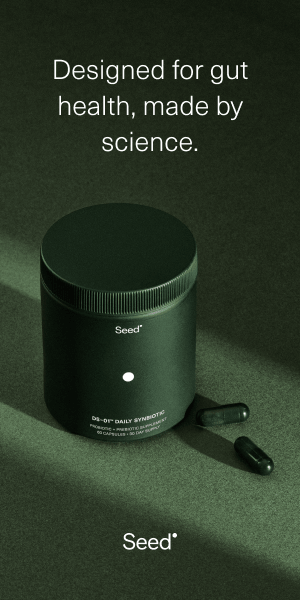